Ecofoot.fr had the chance this week to meet with Amelia S. Fouques, a Canadian sport lawyer, LexSportiva’s CEO and member of the board of directors of the Canadian Football Association. During this interview, we talked about the sanction imposed on Michel Platini by the Ethics Committee of FIFA and the perception of this matter within the North American public…

Hello Amelia. Can you introduce yourself to the readers of Ecofoot.fr?

I am a Canadian international business and sport lawyer with over 25 years of hands-on experience. Indeed, besides my activities in the Canadian market, I have worked for Bombardier in China and Turkey as well as for Bell Canada International on the Indian and Chilean markets.

Presently, I am the CEO of LexSportiva, a Canadian company offering legal and strategic support to sports and business organizations. I am also the founder and president of the Association of Sports Law of Canada and member of the board of directors of the Canadian Soccer Association (note: Canadian Football Federation). Finally, I also teach sports’ law at the University of Montreal and I’m the Canadian correspondent for the UNIDROIT organization.

I mastered five languages ​​and I practice in English, French, German and Spanish.

Can you enlighten us on the decision of the trial chamber of the FIFA Ethics Committee against Michel Platini? Why did the prosecution not retain the corruption accusation and thus the lifetime suspension?

It is difficult to answer this question because the details of the judgment were not publicly disclosed. Anyway, as far as I am concerned, it looks more like a public relations decision than a real legal and disciplinary sanction.

Does Michel Platini have a chance to break the decision of the FIFA Ethics Committee by appealing to the Court of Arbitration for Sport (CAS)?

It is quite difficult to answer this question. Technically, yes it is possible. In Platini’s place, my strategy would rather be to attack the CAS jurisdiction or at least its independence in order to go directly to civil tribunals.  Indeed, I would avoid the CAS since it is still quite tied to sports organizations. Michel Platini would certainly have more chance before an ordinary court not involved in the political games played by FIFA.

Furthermore, Michel Platini is quite far from being the sole football (soccer) leader to have a verbal ‘deal’ with FIFA and other football organizations. It is unfortunately quite common in the area. So his legal team should absolutely plead the ‘discrimination’ card. Should Platini’s suspension become effective, the same suspension should apply to any and all individual having a verbal ‘deal’ with FIFA, which in my opinion consist of a majority of all the other current leaders of football dealing directly with FIFA.

According to Me. Amelia Fouques, Michel Platini is not the only leader to have received a verbal agreement from FIFA

« Michel Platini is right to talk about masquerade »

In this sense, Michel Platini is then quite right when he talks about ‘masquerade’ concerning his appeal. His case could be an opportunity to bring the debate to a more global scale. Indeed, disciplinary / legal sports-related systems are completely biased. The few adjustments of the CAS in recent years are not serious. The same applies to the internal boards of most sports federations including ethics committees.

Does Michel Platini presently have the opportunity to be processed by the CAS before the nominations deadline for the presidential election of FIFA?

I have no idea since this will have more to do with lottery than anything else. (Note: FIFA is currently blocking Michel Platini’s recourse directly to the CAS pretending Platini has not respect some internal FIFA’s procedures.)

In France, the media and the football sector both believe that Michel Platini’s sanctions are unacceptable. They do not doubt of Platini’s honesty. What about the other side of the Atlantic?

In North America, soccer (football) is not front page (MLS season has finished).  In Canada, as an example, it is the hockey season. However, matters regarding FIFAgate are still treated by some media as the Canadian Globe and Mail or the famous New York Times.

North American journalists mostly consider FIFA as a joke, including Platini since he was part of the soccer system for so long and thus it is believed that he benefited from the system’s largesse. FIFA reflects the image of a totally corrupted institution with serious lack of transparency in its governance. This view is mostly shared by North American soccer fans.

In contrast, Canada’s provincial football associations including the Canadian Soccer Association – of which I am a board member – does not seem to question FIFA’s integrity. For now, it seems that I am unfortunately the only member of the CSA’s board of directors to openly raise questions about FIFA’s integrity. I am quite worried concerning monetary relations between FIFA and the CSA, including details of possible opaque cash flows or verbal payments requested by some CSA leaders.  In that regard my quite precise questions are not answered nor by FIFA nor by the CSA. Thus, at this point I am in a legal dispute with the CSA. I still have the support of most Canadian and American media.

Can we doubt the integrity of the ethics committee of FIFA?

Yes, absolutely. People who serve on this Ethics Commission are part of the same family as FIFA and use the same methods. Moreover, they are paid by FIFA. FIFA’s occult system has not changed and will not change. In my opinion, the only way to make things happen is to create a new international body of football.

In August 2015, in Vancouver during the final game of the Women’s World Cup, I met several FIFA leaders. While Fifagate was in full swing, nothing had changed in leaders habits. They were still housed in the same palaces. I exchanged with Sepp Blatter’s replacement (note: Issa Hayatou) who summarized the FIFAgate in a witch hunt organized by the Americans to recover the 2022 FIFA’s games. He also claimed that there was no corruption in FIFA while supporting Sepp Blatter as a great man.

According to you, who is now the favourite candidate for the next presidential election FIFA to be held February 26, 2016?

I have no idea, since it has more to do with occult dealings than with a transparent and bona fide vote system. There would be much to say about the identity of some voters! As long as FIFA’s voting system does not evolve, particularly in terms of the transparency of the elections and the electoral process, the appointment of the next FIFA president will have nothing to do with best governance practices.

If you are interested in footbusiness news, do not hesitate to subscribe to our weekly newsletter (French version). [mc4wp_form] 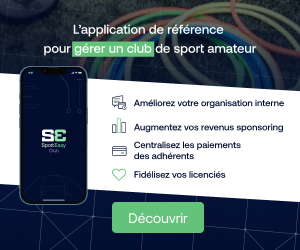